Home > Winter Holidays > Tours and Trips in the Arctic

Tours and Trips in the Arctic 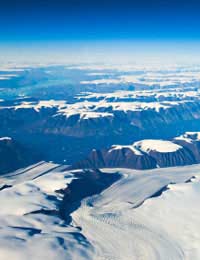 The beauty and mystery of the Arctic has proved alluring for many centuries, and one of the planet’s greatest challenges has always been making it to the North Pole and experiencing the stunning views and conditions of this part if the world. The Arctic is the Northern Polar Regions, and as you’d expect, it’s freezing cold there! The climate and the way that nature has adapted to accommodate the harsh conditions and still support over 100 species of bird as well as several hardy species of mammal makes the Arctic a perfect place to explore, and there are now many specialist tour organisers that design tours and trips to this fascinating region.

The Arctic is more than simply the North Pole though. The area actually reaches from the far Eastern side if Russia through to Spitsbergen and Arctic Norway. Most of the Arctic is covered in ice pack for the majority of the year, and a trip to the High Arctic is definitely best left until the summer months when it’s more accessible. The best times to plan a trip to the Arctic are July through to September, because this is when the ice pack recedes.

If you visit the Arctic on one of the organised tours, you could well come across some interesting wildlife, as despite being relatively inhospitable to humans, it’s home to wolves, musk ox, hares and reindeer as well as the famous polar residents - seals, polar bears, walruses and whales.

If you prefer a tour that has a distinct goal to aim for you could opt for a journey that will take you to the top of the world. The dream is to stand and look out over the perfect stillness of the scenery and spare a thought for the adventurers who managed the trek before there were organised tours!

You’ll need to take this type of trip aboard an ice-breaker ship, as it’s one of the few ships that are able to get through the thick ice that surrounds the North Pole. This is really one of the ultimate journeys you can take on a visit to the Arctic but it’s certainly not for the faint hearted. You’ll also get the opportunity to see beautiful glaciers along the way.

The North West Passage is a sea passage which runs through the Arctic regions of North America, and it’s one of those places that have been captivating explorers for many years. The North West Passage connects the Pacific and Atlantic Oceans, and the journey is now open to tourists as well as explorers! It’s a fascinating area, and tours of this region will be strewn with old ship wrecks, fascinating ceremonial grounds, and make you think about the tenacity of the people who tried to make the journey centuries ago either to find riches – or just to prove they could do it. The area supports 26 different sea bird species and you might even be lucky enough to spot a Polar bear.

The Canadian High Arctic is stunningly beautiful and the range of scenery you’ll encounter on a Canadian Arctic tour will be incredible. It ranges from mountains and fjords, icy glaciers and straightforward pack ice – which are inhospitable to all but the toughest animals – the walrus, musk ox and polar bear have made the Canadian Arctic their home.

The region is also steeped in culture – it’s home to the Inuit, well known for enjoying regaling travellers with tales of their lives and history. Take in the unspoiled natural beauty of the territory of Nunavut, which includes Iqaluit and the beautiful Baffin Island, and discover why the 6000 strong population are quite happy where they are, thank you very much!

The Inuit also inhabit Greenland, and a tour to this country is likely to involve some cultural education as you’ll get to meet some of the residents while you’re looking out for polar bears, arctic foxes, reindeer and walruses.

Different Greenland tours will give travellers a chance to try their hand at Dog Sledding, look out for the Northern Lights or cruise around the area on a ship. You can also take part in summer walking tours of the country, where you’ll trek through remote valleys and fjords, and even experience the tundra and see icebergs.