Home > Christmas > The Best Dates For Cheap Travel at Christmas 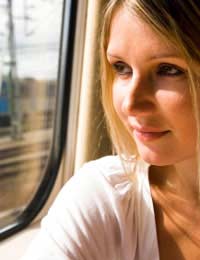 If you have to travel at Christmas, you’ll already know that the travel companies will be rubbing their hands together in glee at the thought of the extra money they can make from your Christmas travel plans.

There are ways to beat them and get around the hikes in prices that occur as seasonally as furniture store adverts and bad Christmas television. Much of the savings relate to the dates you travel and how early you can book in advance.

It’s still possible to find the rare gem of a cheap Christmas flight if you’re prepared to be really flexible with the days you travel. For the 2009 holiday season, the most expensive travel days have been predicted as:The next most expensive days are those after the big day:If you’re trying to avoid huge mark ups for your flights, definitely avoid all of these Christmas travel dates like the plague if you can. It’s cheaper to buy flights before October if you’re flying – the airlines put the prices up as demand gets higher.

The recession fear in 2008 may have scared some airlines into offering seats at sale prices just to get the flights filled, but they aren’t going to be doing that again this year so if you haven’t bought your tickets yet, you need to do it now to avoid being ripped off. Demand is said to be higher in 2009 and the airlines are expected to make the most of this.

Watch out for extra charges too - most US carriers are adding a high-season surcharge on some of the most popular travel dates. Pack light too, as airlines are also reportedly being strict with baggage allowances.

Deciding whether you want to travel by train over Christmas could be affected by whether your journey is likely to be hit with the unavoidable hell that is ‘Christmas engineering work’. Before you book your train tickets – and you must book them in advance if you’re serious about saving money or being able to get a seat on busy routes – check the map of the engineering works taking place over Christmas and New Year, which you’ll find on: nationalrail.co.uk

Don’t even think about travelling on one of the busy days above without first booking your ticket. Although the basic fares generally stay the same on all train services over Christmas and New Year, and don’t rise just because of the season, booking your Christmas travel tickets in advance could save you an average of 43% compared to buying last minute tickets at the station on the day. You can buy Christmas (or all year around) travel tickets up to 12 weeks in advance and with a saving like that it’s hard to find a reason not to.

Another money saving tip is that for some journeys, it can be cheaper to buy two single tickets than a return. If you can be flexible about travel times you can also save pennies at Christmas. Travel after 9am on weekdays and try to avoid travelling between 5pm and 7pm to save money and stress.There are no train services running on Christmas Day 2009 other than:

On Boxing Day, there are only limited train services in parts of Scotland and South East England.

According to a 2008 survey by the AA, almost a third (29 per cent) of drivers are prepared to drive up to 100 miles just to avoid staying with family and friends over Christmas. 11 per cent of people surveyed were so keen to get away from the in laws that they would drive more than 100 miles on Christmas or Boxing Day. However, 45 per cent preferred to stay where they were than drive back over the Christmas period. So, if your main aim is a quieter drive home, it would seem that a Christmas or Boxing Day drive home might be a good move. But where’s the fun in that?
Next Page

Where to Have a Traditional New Year's Day